Paper Rocket Productions was established in early 2011 after it had produced a short film entitled, “The Rocket Boy” which was an Official Selection for the 2011 Sundance Film Festival. 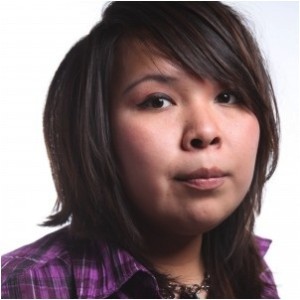 Writer, Editor, Producer and Cinematographer for Paper Rocket Productions. Deidra (Navajo) began her directorial debut career, when she made Imagine for the National Museum of the American Indian’s showcase “Thanksgiving Revisited: New Views by Young Filmmakers.” In 2009 her documentary Shimasani debut at the Imaginative Film Festival in Toronto, Canada. In 2011, Peaches produced a film entitled “The Rocket Boy,” which premiered at the 2011 Sundance Film Festival. Along with colleagues, Donavan Seschillie and Jake Hoyungowa, the production company Paper Rocket Productions LLC was formed. Currently Peaches and Hoyungowa are working on a feature length documentary entitled, “Water is Life.” 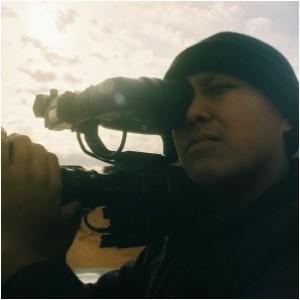 Writer, Editor, Producer and Cinematographer for Paper Rocket Productions. Jake (Navajo/ Hopi) has attended Scottsdale Community College, specializing in Film Production and Screen Writing. Jake’s directing debut film “Die Bullen”, receive the Best Short Film in High School Category at the Arizona Student Film Festival in 2007. His future plans include pursing a career in filmmaking and entrepreneur in an independent film company. In the meantime, Jake devotes much of his time to creating mini-documentaries; volunteer mentoring and exploring numerous fields of visual arts media on and off the Navajo Reservation. Jake began his filmmaking career in the 6th grade with his childhood friend Donovan Seschillie. Jake was born in Tuba City, Arizona and currently resides in Flagstaff, Arizona. 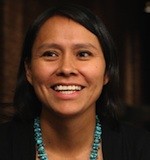 Wahleah comes from the Navajo (Dine) Nation and the community of Forest Lake, one of several communities atop Black Mesa. She is a founding member of BMWC as well as its longest lasting employee. In her several years at BMWC she has played various roles, all which have led to groundbreaking legislative victories for groundwater protection, green jobs, and environmental justice. In her most recent position as BMWC’s Black Mesa Solar Project Coordinator, Wahleah is working out of the bay area in California to gain organizational expertise and support for transitioning Black Mesa’s reclaimed mining lands to solar farms. http://www.blackmesawatercoalition.org/ 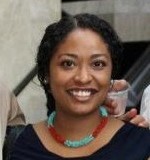 Jihan is Diné (Navajo) and African American. She is Tódích’ií’nii (Bitter Water) clan, and her maternal grandfather is Tl’ashchí’í (Red Bottom People) clan. Jihan’s family is from the community of Old Sawmill and she grew up and went to high school close by in Fort Defiance, located on the eastern part of the Navajo reservation in Arizona. She is a graduate of Stanford University with a Bachelors of Science in Earth Systems and a focus in Energy Science and Technology. Throughout her career Jihan as worked to build the capacity and collective strength of Indigenous communities throughout North America who are impacted by energy development and climate change first in her position as Coordinator of the Native Energy & Climate Campaign at the Indigenous Environmental Network, and now as Executive Director of the Black Mesa Water Coalition. She is a board member of smartMeme and has served on the Coordinating Committee of the Grassroots Global Justice Alliance, the Steering Committee of the Environmental Justice & Climate Change Initiative, and various other climate justice alliances. In these roles, Jihan has led broad coalitions of both Indigenous and non-Indigenous communities and organizations in connecting the issues of energy development in Indigenous communities to larger social justice movements and common strategies. http://www.blackmesawatercoalition.org/ 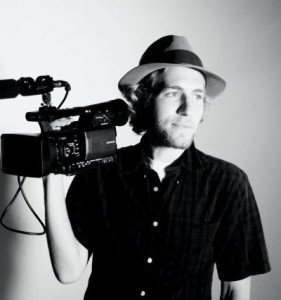 Lou is a documentary filmmaker and youth educator living in Seattle. He currently is the program coordinator at Longhouse Media, a Native-owned non-profit that serves indigenous communities throughout the country. Lou has produced two feature documentaries and countless shorts. His work has screened on National Geographic, History Channel, PBS and at many film festivals. https://vimeo.com/swimpony 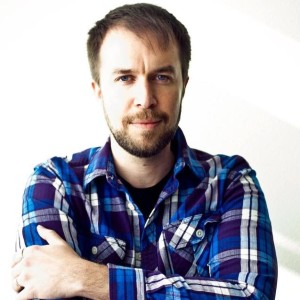 BC is a Seattle based composer, songwriter and producer. He grew up playing jazz in big bands with old timers who played with Billy Holiday; spent years touring and recording as a songwriter and playing in bands; currently composes music for Contemporary Dance, Theater and Film. His work has been presented at the Seattle International Film Festival, Big Sky Film Festival, The Smithsonian, Cornish College for the Arts, Velocity Dance Center, Intiman Theater and On The Boards. He currently plays piano with Shannon Stephens (Asthmatic Kitty Records). http://bccampbell.bandcamp.com/

This is just a default widget. It'll disappear as soon as you add your own widgets on the Widgets admin page.